Pasi Mäkelä (1975) is a Finnish performer, conceptual artist and musician living in Prague (CZ). His works are a love affair with unexpected psychedelic experience and something divenely, but not completely, decomposed. Mäkelä’s art is a relationship between familiar, yet alienated, vibrations and heartbroken howling from the terra ingocnita of contemporary art. His recent activities include solo performance Walrus Vampire Show, performance group Sabotanic Garden, experimental record label Meteorismo and garage-gospel group The Spermbankers.

Niina Lehtonen Braun (b. 1975) graduated from the Academy of Fine Arts Helsinki in 2000 and has been living in Berlin since that. Her artistic work includes collages, paintings, installations and performances. Lehtonen Braun is a founding member of the performance group JOKAklubi (FI/DE) and she regularly works in co-operation with the group Sabotanic Garden (FI/CZ). Lehtonen Braun has published two art books; “Mother Said” (Kerber Verlag, 2013) and “These Foolish Things Remind Me Of You” (Kerber Verlag, 2016).

Cristina Maldonado (Mexico) is a performance artist with a choreographic mind that uses video and installations in materialistic way by using her bare hands to deal with the transformation of the image basically touching and merging with light and the beam of a projector. She started presenting her work internationally in 1999 and continues to create hybrids of experimental theatre, dance, live video interventions, participatory art, site specific projects, staged performances and installations.

Janne Tuomi (Tampere – Finland) With strong basis in classical education drummer/percussionist Janne Tuomi explores the boundaries of sound in various situations from symphony orchestras to solo concerts and from rock and jazz gigs to composed and improvised contemporary chamber music and everything in between. Tuomi has appeared on more than thirty records which include his three critically acclaimed solo percussion cd’s ’Approaching’ (Ektro), ’elg’ (Muzik Zaman) and ’Resonance’(FMR).

Roland Rauschmeier is a german conceptual artist living in Austria. His main artistic approach is focusing on formal and contextual compression, which is nourished by multiple sources of pop culture and its representations in the art context. Along his experience with digital medias, he recently focused on the localisation of his artistic viewpoint in a performative series called 2nd Thursdays, which takes place in several viennese institutions and in the studio of the Wiener Tanz- und Kunstbewegung. He cooperates with the german Filmmaker Ulu Braun under the artistic pseudonym BitteBitteJaJa and the French choreographer Anne Juren.

Tomas Prochazka (Prague – Czech) aka Federsel is a musician, improviser, sound artist, performer and puppeteer. He works with field recordings, media archeology and variety of electric and acoustic instruments. In theater he has been doing research work in the field of post spectacular, antimimetic theater and the integration of science and technology in performing arts. His blog Endemit Archives collects pieces from local deep underground, freak-out, outsider music, plain-weird music, all kinds of antimusic activities and strictly-home-recording audio.

Petr Vrba (Prague – Czech) His unrelenting explorations of non-idiomatic improvisation using trumpets, clarinet, vibrating speakers, egg cutters etc., has made him one of the most active experimental musicians in Prague these days. In 2010-2016 he curated the musical programme of Communication Space Školská 28 which is a multifunctional space for various nonprofit cultural and artistic activities.

Tuomas Timonen (born 1975) is Finnish poet, playwright and director alongside being lecturer in dramaturgy at Art University Helsinki. Timonen has written several plays for theatre and radio and published three poetry books. In 2007 Timonen won the award called Tanssiva karhu (Dancing bear) which acknowledges the high level of domestic poetry, and in 2011 he won the award called Lea-palkinto (Lea Prize), the award given to the best new domestic play of the year. Timonen participates Sabotanic Garden’s productions as a performer or a writer whenever needed.

2 X 3 = 1 means that each of two evenings are three hours long – first hour of both will be performed without the presence of the audience – only the combination of two will create the full experience! Don’t miss either one!

Sabotanic Garden (2007) Brutal and obscure sounds and movements – Seeking the inspiration from landfills and wastelands – Fueled by the omnipotent and subconscious tradition of it’s own creation – Established in Finland – Working internationally. www.sabotanicgarden.blogspot.com

The Wiener Tanz- und Kunstbewegung is a non-profit organisation based in Vienna/Austria, which is focusing on the production of exhibitions and performances in cooperation with national and international producers. The association was founded 2001 by the French choreographer Anne Juren and the German conceptual artist Roland Rauschmeier. WTKB is funded by the cultural department of the city of Vienna. Their main partner institutions are brut wien | Konzerthaus | Künstlerhaus, ImPulstanz Vienna International Dance Festival, Tanzquartier Wien, steirischer herbst and WUK performing arts. www.wtkb.org

Circus Maximus is a Finnish theatre company founded in 1997. Based in Helsinki, Circus Maximus acts locally and globally by co-operating with other professional art institutions and groups. The 50 members of the company are trained professional artists, not only of theatre such as actors, playwrights, directors and designers, but also visual artists and musicians. The company has been funded annually by the Finnish Theatre Board since 2001. Circus Maximus’ mission is to operate as a forum for artistic research and development by producing theatre and dance productions, visual art exhibitions and radio dramas. www.circusmaximus.fi 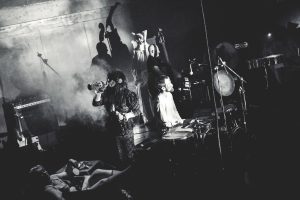 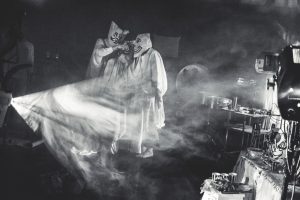 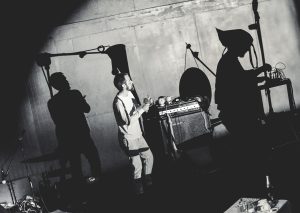 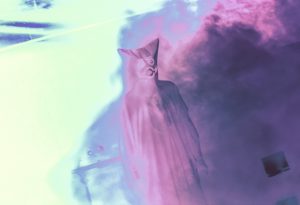 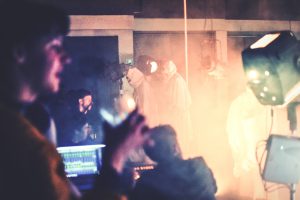